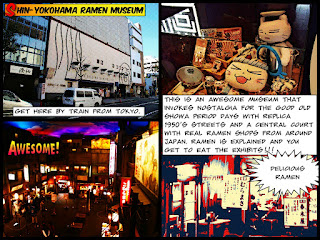 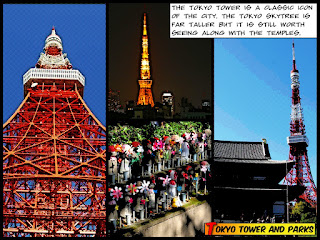 Departure day has arrived.  Checked the bags at the hotel so I could wander around unencumbered.  Caught a JR Train to Yokohama.  I needed to get to the Shin-Yokohama station as the trains didn’t stop there from Shinagawa and had to transfer to get there.  A middle-aged Japanese couple helped me get on the right train and it wasn’t a difficult trip to make.  I was thinking of switching over to the subway, but they said stay on the JR Lines and it is cheaper / easier.  From Shin-Yokohama Station it was pretty easy to get to the Yokohama Ramen Museum.  The directions from the museum website are pretty good if you start from the right exit which is clearly numbered.  I misread the directions, but managed to correct myself pretty easily.  The museum opened at 10:30 and I got there at 10:15 in good time. 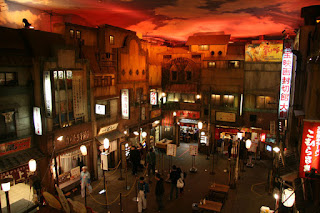 The museum interior is a recreation of 1950’s Showa era Japan, a very nostalgic time for many older Japanese as it was the beginning of the hard working, but boom years of prosperity.  Instant noodles were also invented in 1971 at the Nissin company.  The museum has a really nice ambience with real noodle shops from around Japan showcased there.  The noodle guys will yell out of their shops to attract people too.  Yummy smells, authentic background sounds and music, and the vintage visuals round out the experience.  Even the snack stalls have vintage pop and stuff to buy and eat.  A toy shop has vintage toys and candy too.  Ate tonkotsu ramen at one of the shops and it was tasty, but the broth wasn’t as rich as I thought it would be.  Nice gift shop here upstairs, but the make your own Nissin Cup of Noodle store was gone.

Took the bullet train back to Tokyo so I even got to ride the Shinkansen for 15 minutes to get back.  It cost 1200 yen or something, but it was worth it to get the smooth ride and the extra time.  At Shinagawa I transferred to the Yamanote Line to goto the Tokyo Tower.   It was a beautiful clear day with sun and blue sky and lots of people were out walking.  They were launching Pokemon Black and White and I picked up a little Pikachu cardboard hat for my daughter for free.  After walking in the park and seeing the Tokyo Tower up close I headed back to the hotel and picked up my bags.

Getting back to the airport was easy by taking the Narita Express.  I wanted to pick up some Sake at the duty free but didn’t as I did not have a safe way to transport the bottles for the transfer flight to home.  I need to buy some wine transporter bags to avoid this problem in the future.  It was a great holiday in the end and I had a wonderful time.