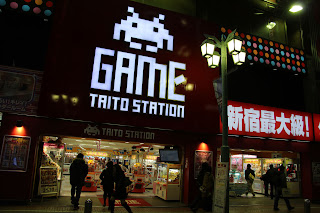 NOTE: this page hasn't been updated in about 5 years.  In the early Ipad years, there was a boom in apps for IOS.  Many of these apps were truly free, no ads, and were put up just for fun by their creators.  There are now plenty of real JRPGs out there, everything is now monetized with micro transactions, and many of these apps are now history.  There are some survivors out there that run on IOS 11+, but many of these are now gone, and I only have them on my old IOS 7 Ipad 2.  Still there are many new apps out there that are pretty good, but I miss these good old days when it was like a treasure hunt to find a cool app about Japan.