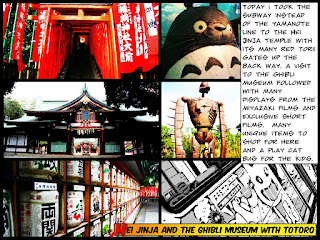 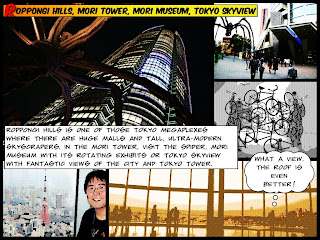 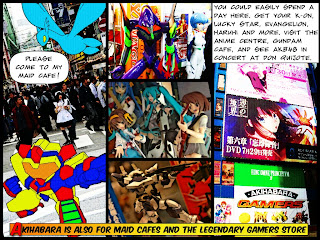 October 30, 2009
Breakfast at McDee’s again.  I have had perfectly cooked sausage and egg McMuffins, good coffee, and non-soggy hash-browns so it is very good.  The breakfast at the hotel is expensive and I have heard some “interesting comments” about the buffet both online and first hand.  As I said earlier, there is a good pastry shop right across the hall from McDees too if this doesn’t suit your style, but with my schedule – a breakfast that lasts is very important.  I often get something like this when I hike as it will last until lunch.
See "Golden Arches East: McDonald's in East Asia, Second Edition"

You wouldn’t think it, but McDonald’s also fascinates me in Asia as it has it’s own culture.  There are North American and an Asian cultural aspects to the burger chain.  Hong Kong people and Japanese (possibly other asian groups that I haven’t experienced either)  people both think that McDonald’s as normal and part of their home cultural landscape.   The chain has localized very nicely.  Other chains that have localized are Denny’s, KFC, and 7-11.  Seven-Eleven is another story altogether as it was so successful they bought out their American parent in 2008.

Seven-Eleven is one of a number of convenience store chains or konbini in Japan. These stores have done very well as they provide food that are both cheap and good (especially compared to what you get in a North American convenience store).  Onigiri and many other meals are made fresh and can be shipped out to the stores multiple times in a day. The selection of candy and snacks is also awesome along with the large varieties of drinks.  There are limited edition items and such too.  There maybe a lot of marketing at work, but I like it. 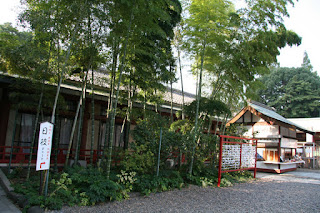 Actually woke up at 6 AM and went back to sleep until 7.  Down at 7:30 and saw a very crowded platform.  I witnessed the conductors actually shoving in the last few people trying to get onto a commuter train and went right back upstairs for a couple of minutes to get into the next train.  I could skip the seriously packed, sardine-can like situation.  Got onto a later train and went a little further in from the door where crowding isn’t as bad.  I was lucky that lots of people were getting off at various stations before I had to get off.  I transferred to the subway and went to see the Hei Jinja temple that is on top of a hill.  Walked up the back way where there is a narrow stone stairway that runs up between what seems like a hundred red tori gates.  Very atmospheric.  There is a large, prosperous temple complex up top.  There are also many offertory Sake barrels lining the outside of the temple by the front gate.  These are very picturesque.

Saw cat café and cute JPOP singing commercials.  All Japanese girls are turning brunette. Narrowest vending machine and elevator garage at the street.  Went to my first Japanese Starbucks. Great service, good latte, nice napkins.
Back to the subway to Shinjuku.  Saw that there were 3 or 4 trains on the Chuo line and figured I needed to take the local train to Mitaka as I was heading off to see the Ghibli museum today.  The trains were not very crowded by this time of the morning (9 AMish).

This same train I took also takes you by Nakano Broadway, but I decided to pass on it.  Nakano is supposed to be the latest Otaku hangout and it is more “hard core” geek than Akihabara that has gentrified.  Mandarake has it’s largest stores here for example and there are many serious collectors stores in the mall.  Another trip, I’ll pop in, but not this time as I already have so much to see. 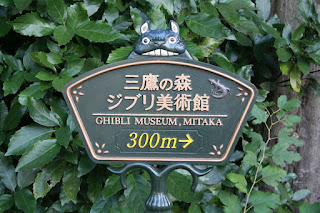 Walked down to the Ghibli museum instead of taking the “Cat Bus” shuttle.  It is about a 20 minute walk there and you get to see what some residential neighbourhoods look like.  There is an amazing number of cables strung on power poles for cable, electricity, and phone here.  A lot of the infrastructure is above ground and not buried.   Something they want to change, but it will be awhile as it is pretty costly.  When there is an earthquake, this would take some time to fix.
This is another time that Google maps gives you a slightly mistaken impression of the area.  I’ve figured that the maps – even with Streetview – don’t show  urban density or multi-level terrain very well.

Ghibli museum is very well done, but it is small.  Lots of displays on how animation is done.  Has interactive machines that show you how compositing, and overlays are done.  Autotropes to show you stop motion / frame by frame animation.  Many design sketches and the key animation process.  There are many storyboards, animation flip books.  A small, but informative Ponyo exhibition with a big Ponyo as a fish/human and Ponyo as a girl and Ponyo in a bucket were there at the time.  Shows animators desk and office.

Kids will like the museum (should probably be at least 4 years old to enjoy it fully) as there are lots of nooks and crannies to explore, a big cast iron spiral staircase.  There are many nice details in the building that integrate Ghibli films into the building.  It is Disney light.  Best of all – only for the kids unfortunately, is a giant Catbus stuffy they can climb and play in.  That is something that most kids will get a huge kick out of if they have seen the classic My Neighbour Totoro – one of my favourite films of all time.

The theatre was nice with a bug movie.  You don’t know which movie you will see.  Tickets to Ghibli must be purchased in advance at a Lawsons or from a JTB travel agency.  The museum website has details on ticket purchase and on how to get to the museum.
There is a nice garden on the roof and the grounds are immaculately maintained.  On the roof is a giant robot from Castle in the Sky along with some other artifacts.
The gift shop is very nice with some unique merchandise.  I bought a soundtrack to Ponyo and some stuffies along with picture books.  There is a book shop and a gift shop here.  Bring cash.  Places like Kiddyland also have a nice Ghibli section, and prices are comparable – I didn’t notice a premium.

Caught the Cat Bus back to the train station and took the train back into Shinjuku and transferred to a subway that took me to Tokyo Midtown. Midtown is big and cool.  Design Fest is on too.  Wasted time trying to find box Dog shop.  Saw Roppongi with the Mori Tower in the distance, walked over.  Passed famous ramen shop. Mori Tower with the mall at ground level is pretty darn big.  Bigger than Mid-Town.  It is more built-up.  Love the Spider, the Mori Museum with the exhibit by Chinese Birds Nest Designer at the Olympics.

It seems like people wear masks when they are sick and such, but the rail station public bathrooms do not have soap.  It is also hard to find public trash cans except around vending machines.

The Mori Museum has a very large temporary exhibit by leading Chinese artist Ai Weiwei, who designed the "Beijing's Bird's Nest Stadium”. Had many large sculptures on exhibit, like bikes forming a geodesic kind of dome and large wooden sculptures.

Went to Akihabara again, transferred from subway to train and it was a long 700 meters in a tunnel (very long).  The Anime Center was closed when I went, but it turned out they were setting up for a Revoltech exhibition the next day so I got to see that and the center later.


Went to the COSPA store and it was a so so experience.  Was kind of disorganized looking when I went, but I did hit the gashapon machines in the hall on the main floor. Got lucky and actually got two of the ones I wanted on my first tries. It is kind of funny that they have so many machines here and at Yodobashi, but there isn’t as much variety as you think.  Kiddyland had some more unique stuff.  I wonder if there are other gashapon halls around too. 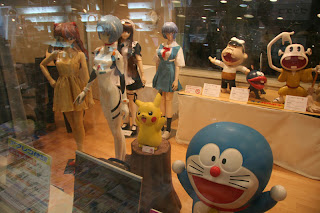 Tooks lots of photos of Akiba and saw a fair number of maids.  Some were handing out flyers.  I took one once and the lady really tried to convince me to go.  Went to Animate and bought CS, books, t-shirts and character goods.  Blistered on all feet from too much walking and by the end of the day I was really hurting.  Gamers was pretty neat too, but I liked Animate just a little more.  The staff were really helpful at the Animate.  I had actually printed off a few product pages at Amazon.co.jp and that made their life really easy to help find some stuff for me.  But also look around as there are lots of exclusive or more limited distribution goodies to be found at these places.

There is activity at all hours of the day.  Have rush hour traffic at 5:30 on a Saturday and the trains can be packed wall to wall.  Counted my cash and bills to make sure the money is there.  For Canadians and Americans, buying in yen isn’t too hard as it was roughly 100 Yen to 1 Dollar American or a little more in Canadian Dollars.

Went for ramen again from the first shop I went to and  the Shoyu Ramen is darn tasty.  Showered off afterwards and bandaged myself up as I got a couple of blisters despite wearing comfortable shoes.