If you have enjoyed the Tokyo Excess blog and want to support the it, then please purchase a copy of one of my ebooks (I'm never going to run ads).  You even get a good read in exchange, but no matter what, love that Japanese pop culture!


Exocrisis Blue
The stories of Exocrisis Blue are hard military SF with an anime mecha element in them.  Both military SF fans and anime fans should enjoy these stories as they are set in a rich alternate future world with realistic combat between battlefield mecha.  If mecha are to be feasible they must have certain advantages and must be able to survive in a modern combat environment, something that I believe I have achieved.  As one reader on Reddit put it, "I very much like the fact that they're not win-all save-all Gundam Wing bots, they're strong, but can be killed."
I have received good reviews on Amazon and on Goodreads which is a great thing for an indie author.  Exocrisis Blue: Neo-Ace is my most recent book.  Neo Ace is a short novel that continues building the future history of Exocrisis Blue with more political intrigue, mecha technology advances, and exciting combat action.  So stay tuned and try my books on Amazon!  I appreciate your support if you purchase a copy as it is a strong vote of confidence.


My Ebooks Available on Amazon 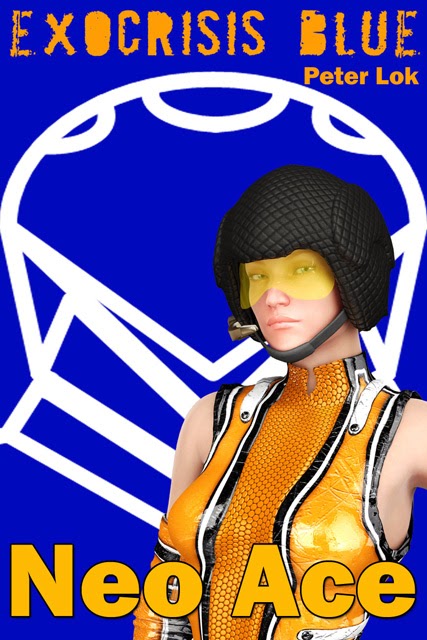 The next generation of elite combat pilots are being trained at the Neo Ace Academy.  Jake, Mayumi, and the other cadets are eagerly learning the skills they will need to survive their future battlefields.  Between a mix of their abilities and neural sync technology, they will become the best pilots to ever control the robotic combat units called HARMS.  Training will become reality sooner than they expect.  Led by their experienced ace instructors, these cadets will become involved in a crisis that will engulf the world.

HARM robots and their advanced weaponry saved humanity in the Alien War against the Blue Newts. It has been 17 years since the end of that brutal war that changed the geopolitical face of the world. The invading Newts are here to stay in the territories they won. New alliances have sprung up and the world is now at an uneasy peace.

Neo Ace was originally envisioned as the main story for Exocrisis Blue, but I ended up writing HARM and Raid on Kahamba first.  Neo Ace is the first of two novels but with a self-contained story arc.  The second novel, Neo Destiny will require Neo Ace to be read first as it builds on it.


RAID ON KAHAMBA
(a followup novella to HARM) 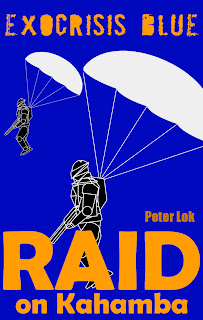 This is the second story set in the Exocrisis Blue universe and takes place ten years after the first story HARM.   It is an independent story that can be enjoyed on its own.   A team of commandos and mecha pilots are thrown together on a hastily organized mission to retrieve an alien artifact from an African warlord.  Time is running out as various factions all desire the artifact.   Expect more mecha versus mecha combat, close quarters battle, and surprising story twists for the characters.  Raid on Kahamba continues building the future history that was begun in HARM about the use of giant humanoid robots  against the invading Blue Newts.

"Futuristic action writing at its best. Very entertaining novella in the series..."
"... a wonderfully written story, with a very tight script, great pace, and loads of action. You get to see the HARM mechas in action a whole lot, plus regular commandos doing their share as well."


HARM
(the first story set in the world of Exocrisis Blue) 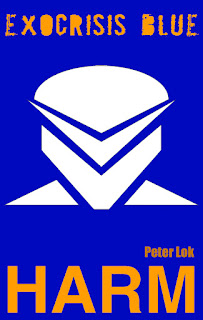 HARM is the first story set in the Exocrisis universe.  This story is about the first use of the robotic HARM units in combat against the alien Blue Newts.  It is a standalone read that is about a very long battle against the alien invaders.  It also depicts both conventional units such as tanks and autonomous battlefield robots fighting against the very hard to kill alien war machines. 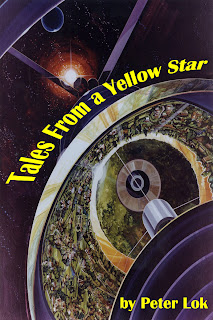