We've been playing Skylanders through four versions now.  In this episode, the new Trap Masters must capture all of the escaped villains from a Crystal Prison.  This new version is a pretty good addition to the series and the new Trap Masters and the crystal portal are pretty cool.  Game play is similar to the previous releases and you can use all of your old Skylanders.  The level cap wasn't raised for the old Skylanders, which is a bit of a downer as they don't get any improvements.  You will need to buy one of each type of Trap Master to unlock all of the optional areas in the game, and the cost of the figures seems to go up a bit with every release.  At least you get a physical memento of the games  from your Skylander figures, as long as you have a few feet of shelf space to display them all. 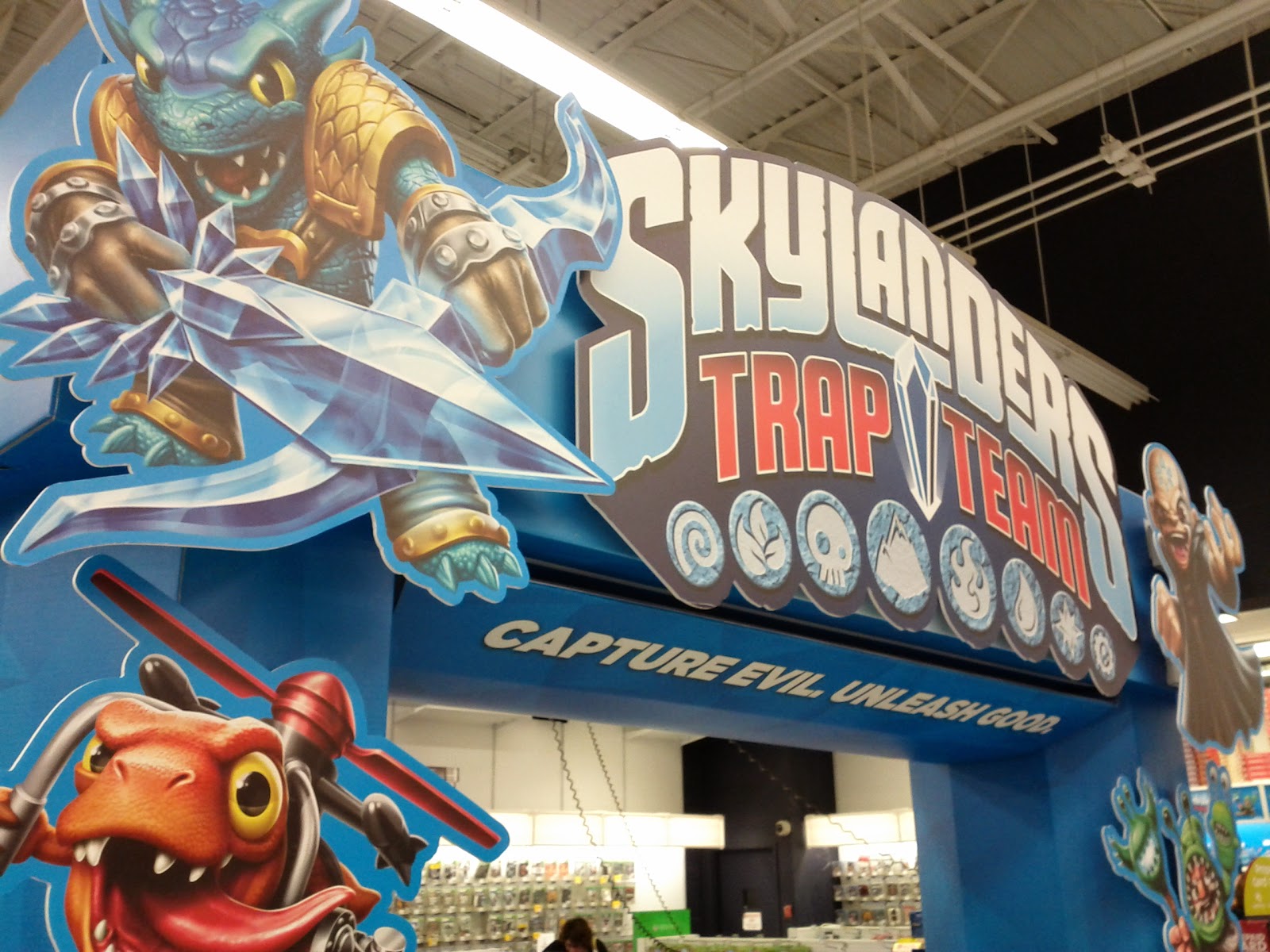 There is more of an in-game collection of enemy monsters with the addition of crystal traps - remnants of the Crystal Prison that a number of bad guys escaped from with the help of Kaos at the beginning.  We purchased all of the traps, except for the unknown element - which I'm not sure what it is yet - and you can use the same element trap to capture multiple enemy monsters of that element to fight for you.  In this respect it adds a bit of the monster collecting from Pokemon to the game or from Dragon Quest Monsters.  The Dark Edition of the game comes with a Kaos trap to trap Kaos to fight for you when you complete the game I'm assuming as I haven't completed the game. 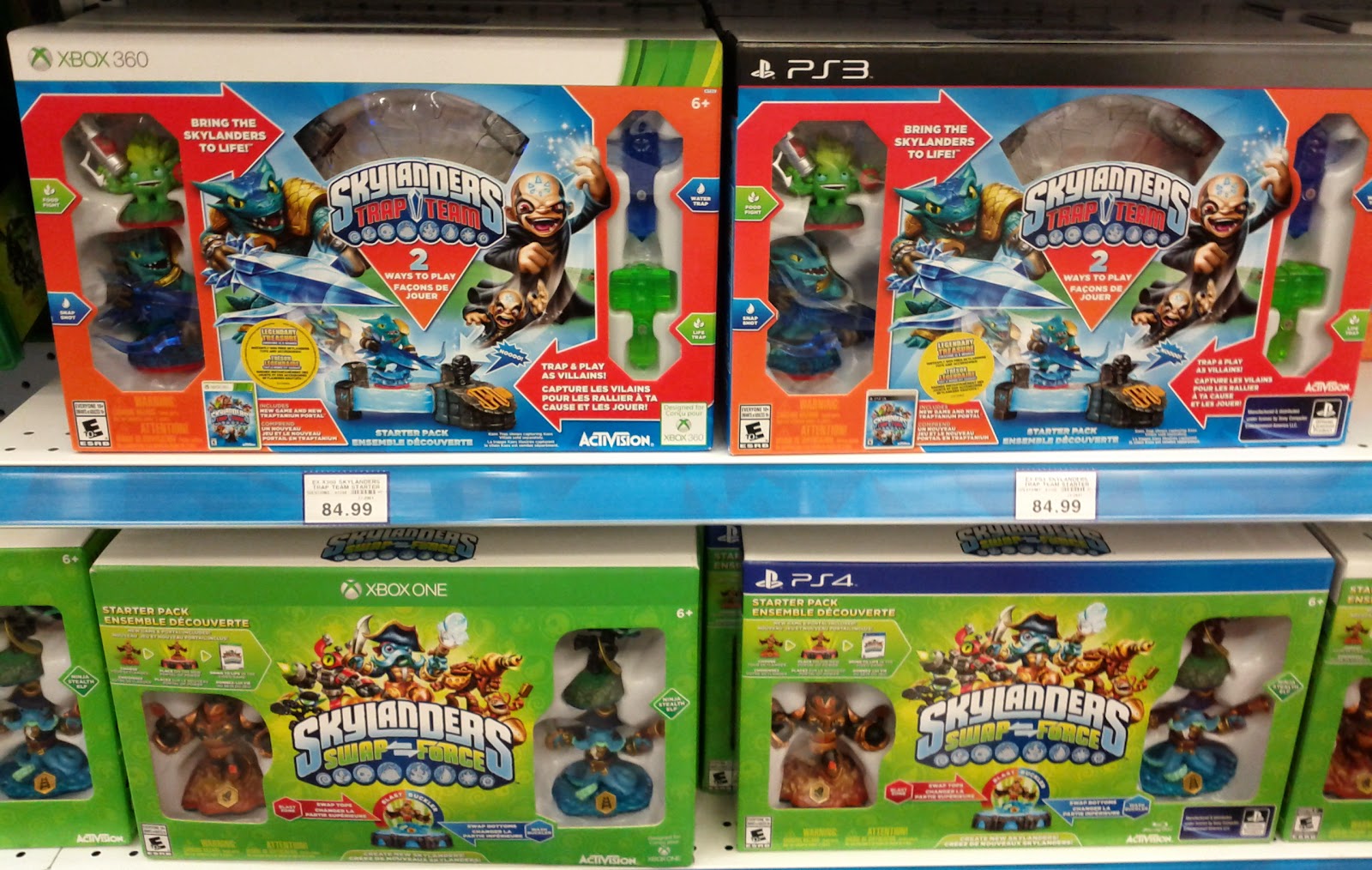 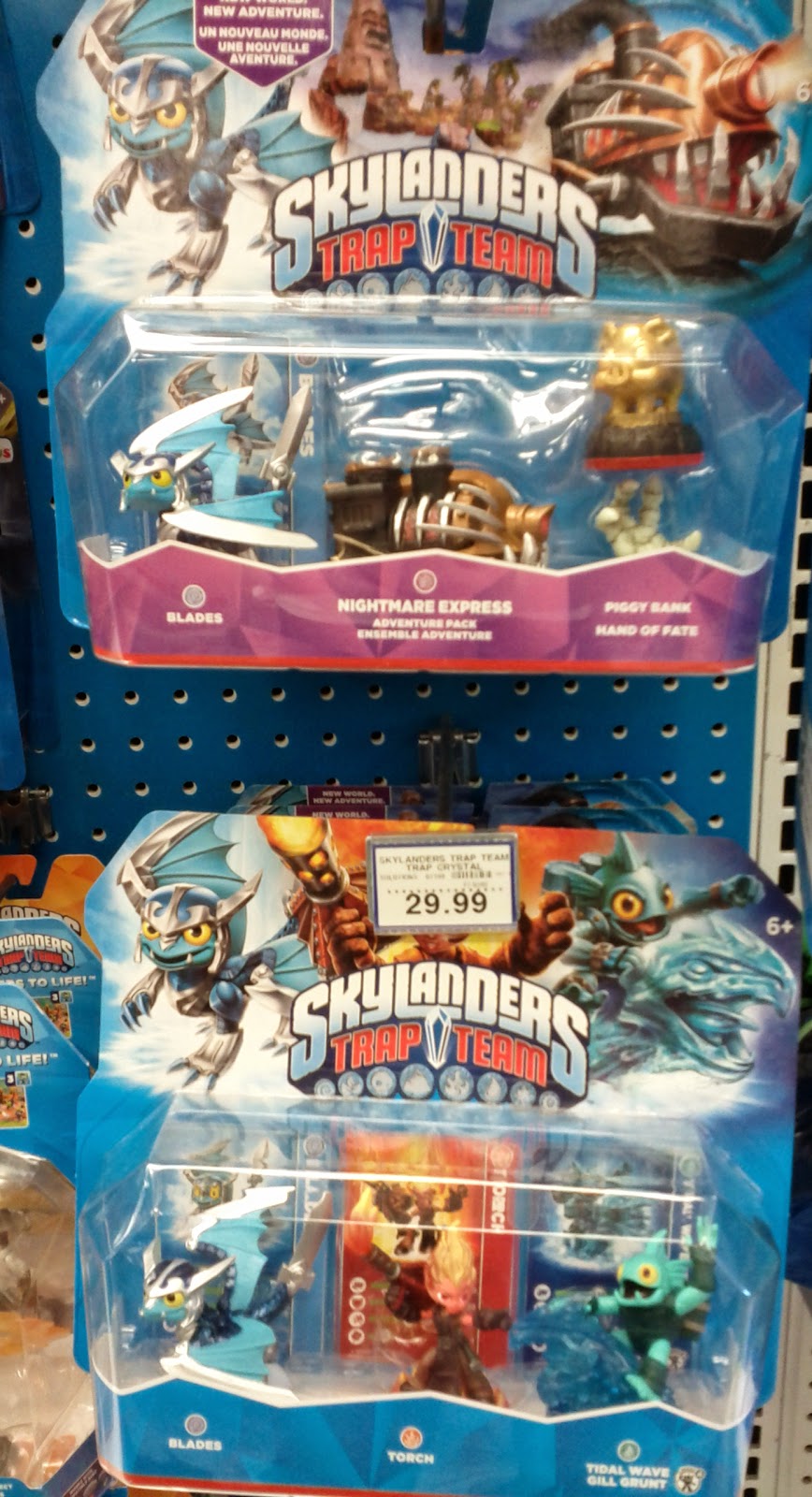 Trap Team is fun, has all of the humour of the other versions, and it'll be a fun play through for all ages.  The computer game + collectible figure accessory market is getting kinda competitive now with Disney Infinity (and the Marvel expansions), and Nintendo also getting into the game + figure market.  I'm not sure how it is all going to play out as I'm sure there are going to be winners and losers in this one.  I'm avoiding both the Disney and Nintendo games as I don't need to collect too many of these things myself.  I did notice down at the Gamestop that there are used Infinity figures for sale, but I've never noticed this for Skylanders.  It would be nice to be able to pick up some missing figures cheap that way.