Akihabara was famous as "Electric Town," a place to buy all types of electronics components, appliances, and electronic devices.  These days it is more famous as the heart of anime and maid cafe culture.  The small electronics stores are all closing or moving off the main strip and anime related stores and big chains like Yodobashi Camera have moved in. Just earlier in 2014, The Akihabara Radio Store, one of the pioneering electronics malls for the area closed permanently after being open 64 years (since 1949).  Right near the Gamers, I wandered through this maze of small shops full of electronics, obscure devices, and individual electronics components a few times before it closed.
These days, most tourists hit Akihabara for the otaku atmosphere and shopping.  The district is like any other Tokyo district near a train station - busy and full of people.  Most of the anime related shops are clustered on the west side of the Akihabara Train Station (easily reached on theYamanote Line).  I'm only going to talk about a few of the hotspots for anime related shopping or events in this post.  Plenty of guides have covered maid cafes along with buying doujinshi and computer games in the area before, so I'm not going to repeat the coverage.
Game buying guide at Kotaku.
http://kotaku.com/a-gamer-buyers-guide-to-otaku-mecca-akihabara-1581892976
Seeking arcades article at Eurogamer.
http://www.eurogamer.net/articles/2014-09-21-arcade-hunting-in-akiba


New Akihabara Radio Kaikan
The new Radio Kaikan building had its grand opening on July 20th, 2014.  The classic building was the heart of Akihabara anime shopping, but it was torn down for a number of reasons, including the fact it wasn't a modern structure built to take earthquakes.  This new 10 floor building in the same place has new tenants and some of the old tenants have now moved  back in.  It looks like a pretty nice place, but the almost flea market-like atmosphere of the old place probably isn't going to be there as it looks more upscale now.


Some of the tenants include K-Books, Yellow Submarine, Volks, Kaiyodo Hobby Lobby, and  much more.  There are even more event spaces and a few pubs and a convenience store in the building now.


Akiba Culture Zone
This building is another major hub, with six floors of anime related shopping, that is relatively new.  It started out with a bang, but the composition of stores has changed over time.  There are some big consignment goods stores here where you can buy items out of display boxes that people have rented.  Of note, there is the Good Smile x Animate cafe on the 5th floor.  You can browse the latest Goodsmile anime figures and order food.  Sometimes there are special exhibits or events going on here. 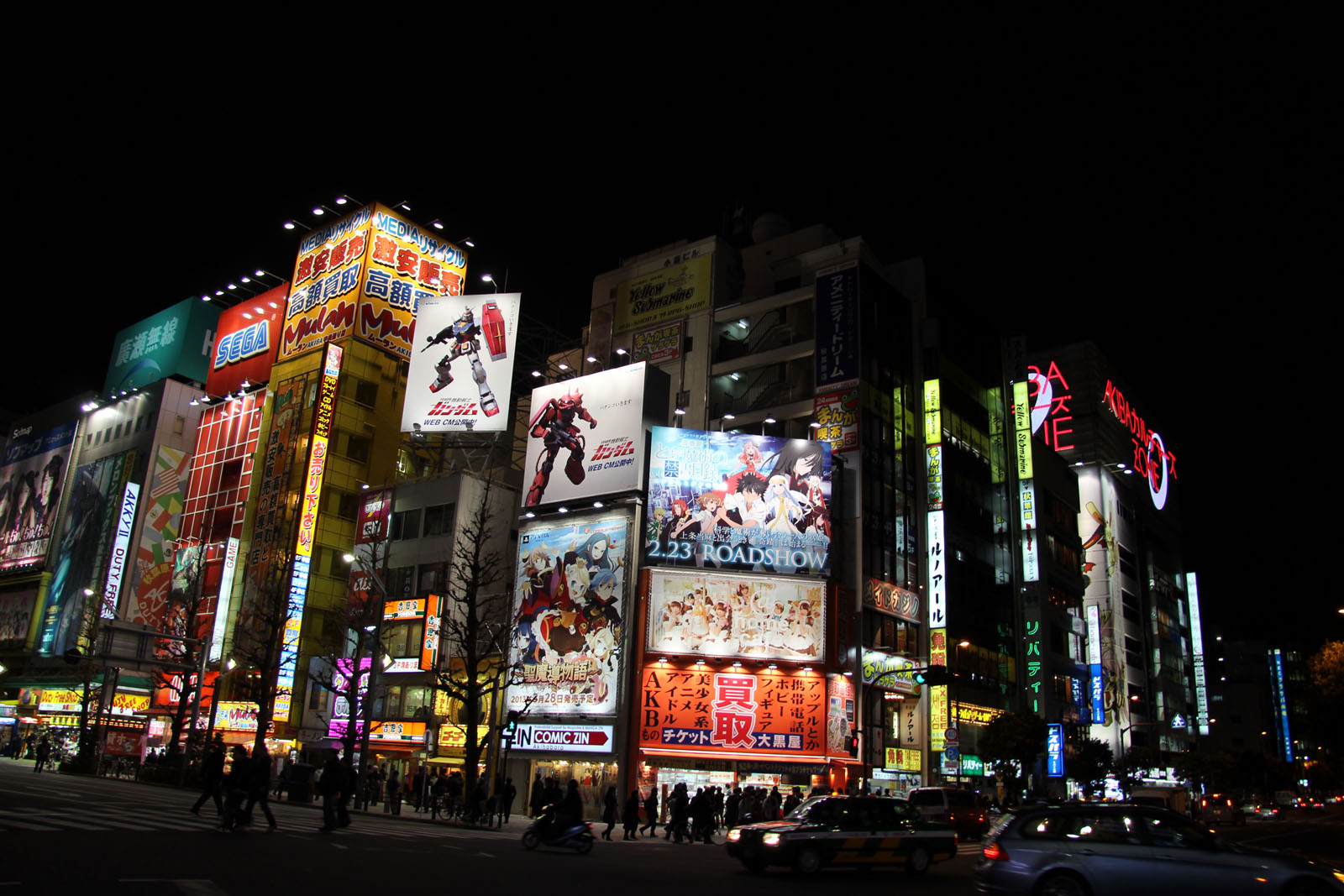 Themed cafes
These are not maid cafes like @Home, Mai Dreaming, or Cure Maid Cafe.  These cafes run with a particular concept and often have special promotional events going on.  The maid cafes also do similar things on occasion.
Places of Interest
More Tokyo Highlights
More Japanese Pop Culture