Quest For Japanese Kit Kats in Tokyo (Kit Kat Chocolatory in Ikebukuro Too!)

One of my to do items on my last trip to Tokyo was to come home with a variety of Japanese Kit Kat chocolate bars.  There were a few different places I wanted to check to get them, but my first stop was the Kit Kat Chocolatory store in the Seibu basement food floor at Ikebukuro Station.  I'll say this right now, the quest for all of the different flavours of Kit Kat isn't easy and the konbini will always have the regular chocolate and maybe one or two of the other flavours with green tea being pretty common.  However, the other flavours turn up mainly in Japanese souvenir stores (ones with food and snacks, not crafts and ornaments). 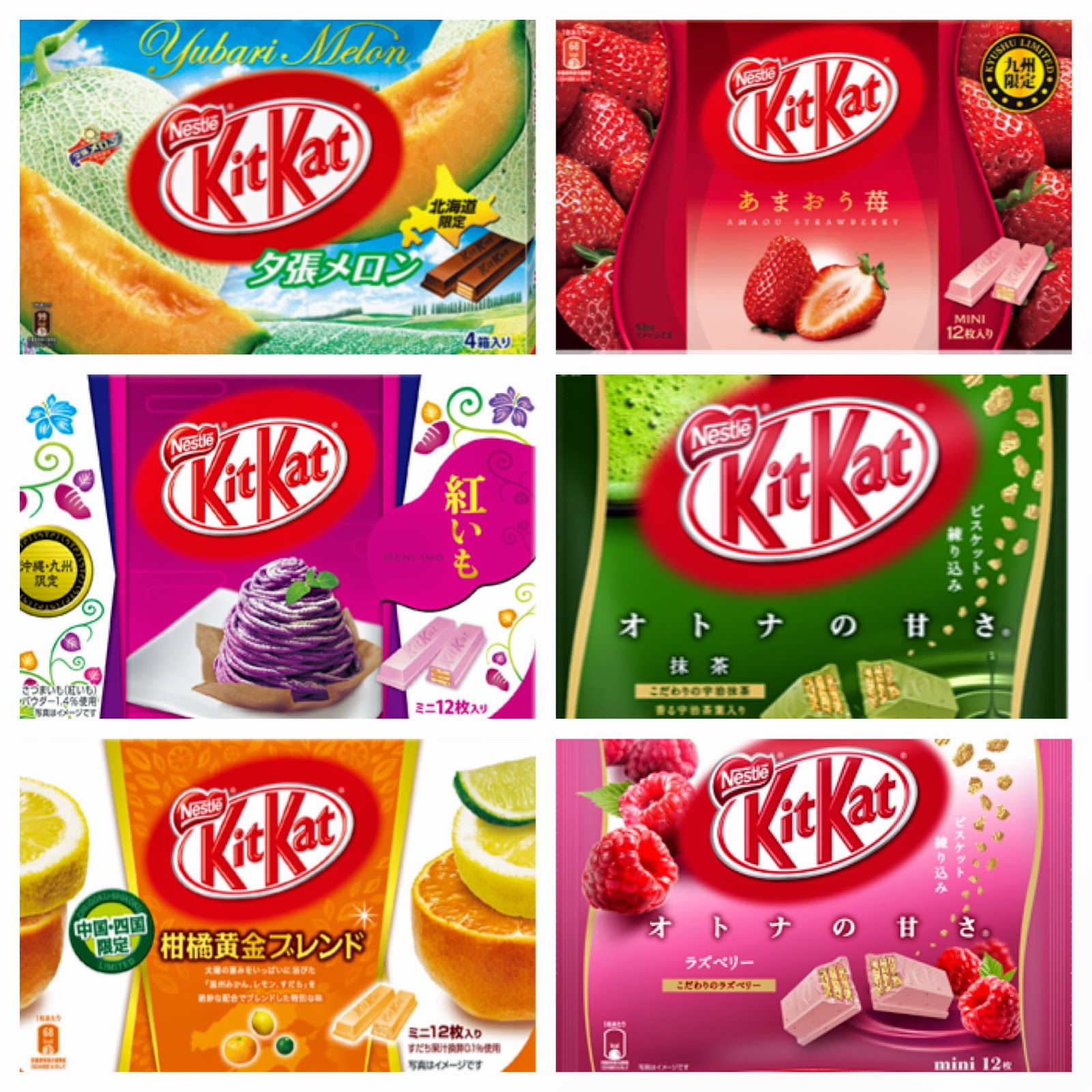 Kit Kat Chocolatory in Ikebukuro
This store is located at the south end of the north section of the basement food floor of the Seibu department store at the station.  There is a hallway that runs between the two sections of the food floor and you'll see the Kit Kat store through the window.  It is a slightly larger and fancier food counter there in a corner, but it sells the gourmet Kit Kats you cannot get anywhere else other than a Kit Kat Chocolatory store.

I had read a lot about this store and wanted to grab a few of these to try.  At the moment, one of their deluxe products are the I Love Fruits (fruit flavoured Kit Kats).  They are like 2 dollars for a little stick (much like buying fine chocolates for the price).  If the line isn't long, I highly recommend picking some up if you are in the area.  Remember, Ikebukuro has the Evangelion Store, the Pokemon Store Mega Tokyo, the flagship branch of Animate, Shonen Jump J World, and the Durarara the anime is set here.

Other Varieties of Kit Kat
I also looked for the many other varieties of Kit Kat as Japan has many regional types of Kit Kat too, but wasn't really too successful.  Rum Raisin seemed to be more common for some reason.  I even tried the specialty souvenir stores in Tokyo Station near Character Street / Ramen Street by the Calbee+ store and no luck this time.  I had heard they had gift sets of the regional Kit Kats from all over Japan, but there weren't any when I was there.  There were some of the other types though.

Over at Odaiba, in Aqua City, I did find a big stash of Kit Kats in a souvenir store up on the 4th floor near the Fuji TV Noitamina store.
I pretty much stopped looking for Kit Kats but then found them on the way out of the country in Terminal 1 by the Air Canada gates at Narita Airport.  Go figure, but they had a great selection of small boxes for sale!
Thus ends my quest for Kit Kats.

P.S. December 2017 Update.  The Don Quixote stores seem to be stocking many varieties of Kit Kat and other Japanese souvenir snacks now.  They have a pretty good food/candy selection, especially at the Mega Donki in Shibuya.


Follow me on Twitter a @Tostzilla or my feedburner for this blog.
More Japanese Pop Culture Posts