The Ace Cook brand of instant noodles has a line of instant noodle cups called "Cup to Drink" where the soup is so good, you'll finish all of the broth by drinking it after the noodles are gone.  Not exactly something you don't do with most instant noodles, but it is kind of nice that they have blended soup that is good on its own without noodles.

I bought a few different varieties and decided to try the Yokohama ramen first.  Yokohama is famous for its locally developed iekei or family style of ramen.  Yokohama iekei combines Tokyo-style shoyu (soy sauce) chicken-based broth with Hakata-style tonkotsu (pork bone) broth to make a flavourful soup.  Common toppings are seaweed, spinach, and chashu (pork belly).  This type of combination broth is a favourite of mine and many types of instant noodle already have a tonkotsu/shoyu base.  Yokohama is also famous for the Ramen Museum / Theme Park where you can eat real ramen from all over Japan, and the Nissin Cup Noodle Museum where you can make your own Cup Noodle.

When I first opened the lid, I got that typical shoyu/tonkotsu soup base smell that is quite appealing.  I tore open a corner of the oil packet and there was a very strong shoyu smell from it.  I added in boiling water to the cup, closed the lid for about three minutes, and then the noodle soup was ready to go!

I mixed the oil into the soup and the really strong shoyu smell moderated quite a bit.  The soup blended all of the flavours into a richer tasting soup.  There was a bit of a buttery smell which was a little different, but the soup itself had a rich and mellow taste to it that was pleasant and complimented the noodles nicely.  I think there was a fair bit of saltiness, but it didn't seem overly salty, and there was a hint of garlic to me.  The noodles themselves were slightly thicker than normal I think and they went well with the soup and had a good chew to them.  This cup of noodles was pretty good and I'd get it again.  The toppings added some colour and texture but the noodles ruled.  I did drink all the soup! 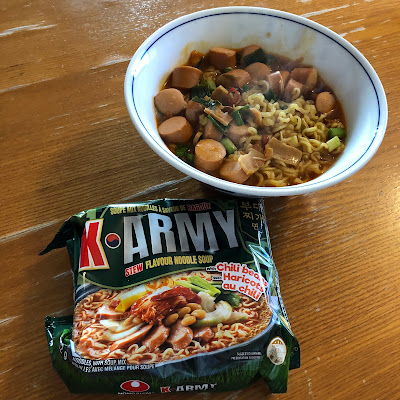 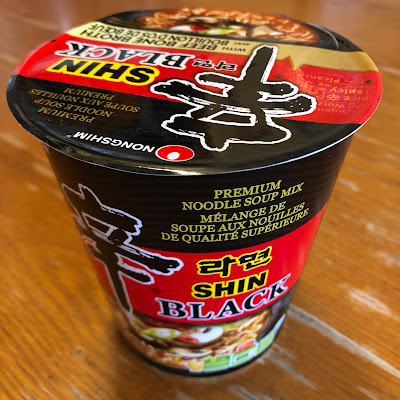 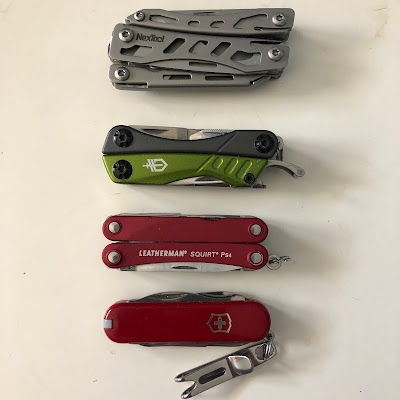 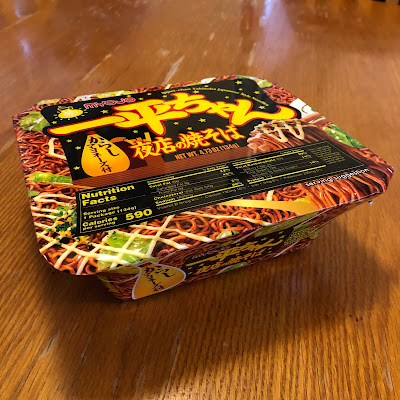 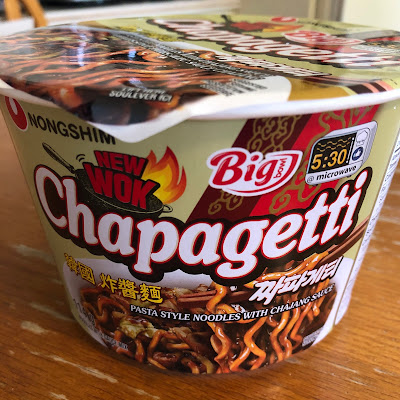 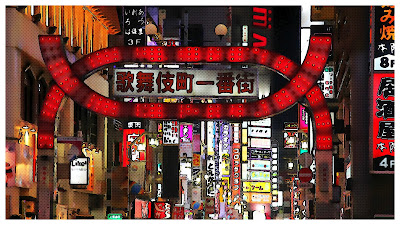 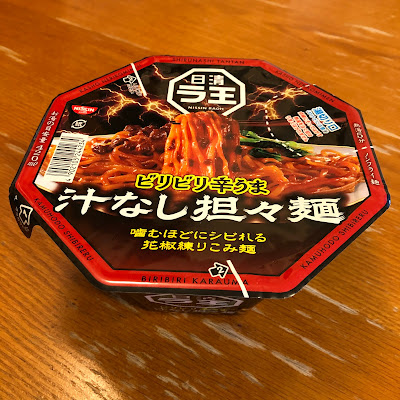