Not too long ago I started thinking about emoticons (kaomoji or emoji) for some reason and did a bit of reading on it.  I never really was a cell phone guy until I got my smart phone last year and I guess I still don't emote :( as much as I could.  However, when I was reading up on the history of emoticons, it struck me that one of the first places I saw a lot of emoticons was the whole 2chan BBS message chain around Densha Otoko or Train Man from 2004. 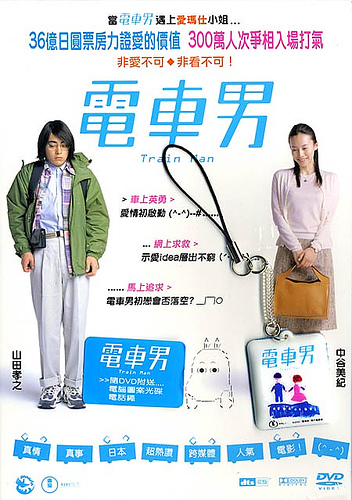 Pretty much anyone into anime has probably heard about Train Man.  It is a story about an otaku who saves an attractive woman on the train from a drunk salary man and then gets help from the posters on 2chan about how to court her as he is very socially awkward.  Eventually they end up in a serious relationship and live happily ever after - a modern day fairy tale involving pre-Web 2.0 social media.  I loved the story, read the manga, and saw the movie, but never saw the TV series.

Anyhow, the Train Man postings were translated into English here: http://www.rinji.tv/densha/ with plenty of emoticons.  So if you have a bunch of time and don't read Japanese, read the "close" to original, and also interpret all of the wonderful emoticons.

I also wonder about how emoticons evolved between the East (aka Japan) and the West. The first computer text ones were even done by a techie back in 1982 by Scott Fahlman of Carnegie Mellon University when cellphones were were not quite out the door yet and were the size of a brick.

Western emoticons are read from left to right in a very logical sequential manner in an approach that is like building a word out of letters. You also ever wonder why you start with the eyes rather then the mouth first in the left to right order?  This is probably due to western socialization to look at the other person's eyes, when we talk.

However, in the East, the emoticons are to be read as a whole image or pictogram, much like Kanji or Traditional Chinese Characters.  That is pretty cool.  I think the Japanese were innovative here around the facial expressions due to the pervasiveness of manga and its many standardized expressions of emotion and facial expression.  It also turns out from a Google search that there are many scientists working on this research problem too. Just Google terms like "perception comparative psychology emoticon emoji"

Below are some sample emoticons using the Unicode text set. Emoticons are so important that some of them have been standardized in the international character sets.