Japan is basically a very tasty place.  The food is generally really great.  B-Kyu Gourmet is B class food rather than A class food on the fancy foodie scale.  This definition is kind of deceiving as it really means A class taste with a B class food or typical Japanese food for the people (and food they can afford to eat).  In Japan, there is the B-1 Grand Prix festival too, where this type of food is celebrated over a couple of days by over half a million people who then vote for their favourites.  For the typical traveller, you are going to eat this kind of food during your visit and say it is delicious without breaking the bank.  If you are breaking the bank, you are eating a fancy kaiseki meal or having Wagyu beef or eating at a $100+ per person meal. Below, I've listed many tasty B-kyu Japanese foods to try.

Gyudon (Beef Rice Bowl)
Simmered beef and onions in a dashi/soy based sauce.  Savory with some sweetness and just generally really tasty.  The go to food for starving students and tourists as it is also very cheap for a basic bowl.

Tonkatsu (Breaded Deep Fried Pork Cutlets)
These are absolutely delicious and are greasy, but not as greasy as you would think if they are done well.  Juicy and tender on the inside, crispy coating on the outside, and full of flavour, they are like heaven. 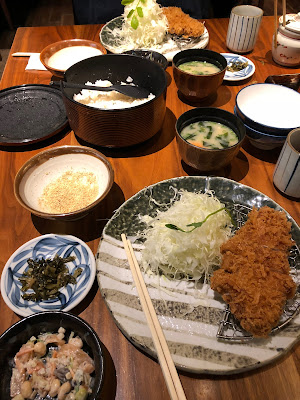 Ramen Noodle Soup
How do they make such tasty noodle soup?  Ramen is one of the foods of the gods.  Originally Chinese, this Japanese take on the dish has infinite variety and flavour.  The classics are savoury shoyu, tonkotsu, or miso ramen.  However, you can get sweet ramen, sour ramen, citrus ramen, spicy ramen, seafood ramen, vegetarian ramen, etc.  The toppings can also change out although the most common are egg, some kind of meat, some nori, and menma.
Here is a post about a number of different ramen I tried on my last trip to Tokyo, Delicious Tokyo Ramen at Ippudo, Ichiran, Chiyogami, Kamukura, and Soranoiro Nippon.
Takoyaki (Fried Balls of Batter with Octopus in the Centre)
Japanese Curry
Curry in Japan is not East Indian Curry. It is a modified British curry that was introduced to Japan via the British Navy and adopted by the Japanese Imperial Navy in the late 19th century.  It is now pretty unique to Japan as it was adapted for Japanese tastes.  Like ramen, there are many different kinds of curry in Japan.  You basically have to taste it to believe it and get hooked.  This is like one of the most popular foods in Japan for eating out and at home (they have really good curry roux blocks you buy at the supermarket).

Sushi
The classic Japanese cuisine that helped to make Japanese food famous.  Not just your raw fish.  You can try this at sushi bars, conveyor belt sushi restaurants, or even prepackaged at a supermarket or konbini. 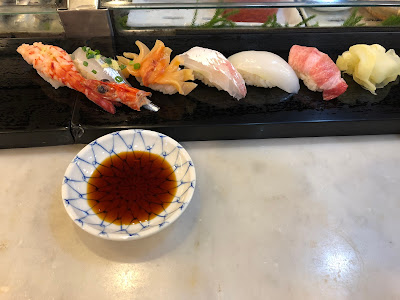 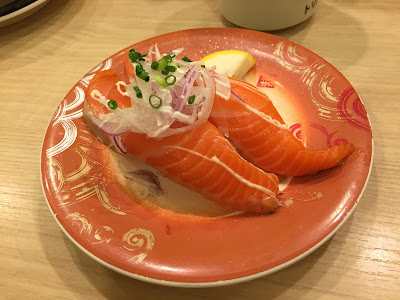 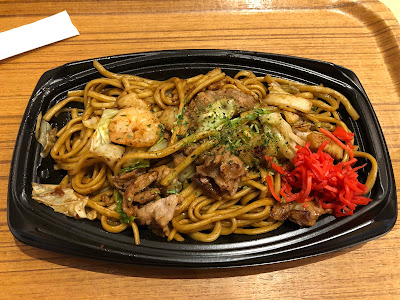 Udon Noodles (big thick noodles, not ramen)
Japanese Stewed/Simmered Dishes
European Style Baking (Japanese baking too)
Japan has great baking from Japanese pastries like Anpan to Croissants).  Better baking than you can get at home in many cases.  It must be tried.
This is just a sampling of the many B-Kyu foods in Japan and I didn't even talk about okonomiyaki.  There are also many regional specialties.  Even the dishes shown here have great regional variation, often with regional specific flavours, preparation, ingredients.