The Evangelion Store in Harajuku Tokyo-01 opened back in November of 2011.  The store carries over 2000 items of Evangelion merchandise that covers the range from toys to trendy designer clothing as this is Harajuku, one of the alternative fashion hot spots in the world.  Life size models of the characters and the awesome array of merchandise is makes this a destination location for me. Special themed events such as Asuka February in 2012 make the place even more special as they are usually accompanied with limited edition goods. http://www.evastore.jp/real/index.html 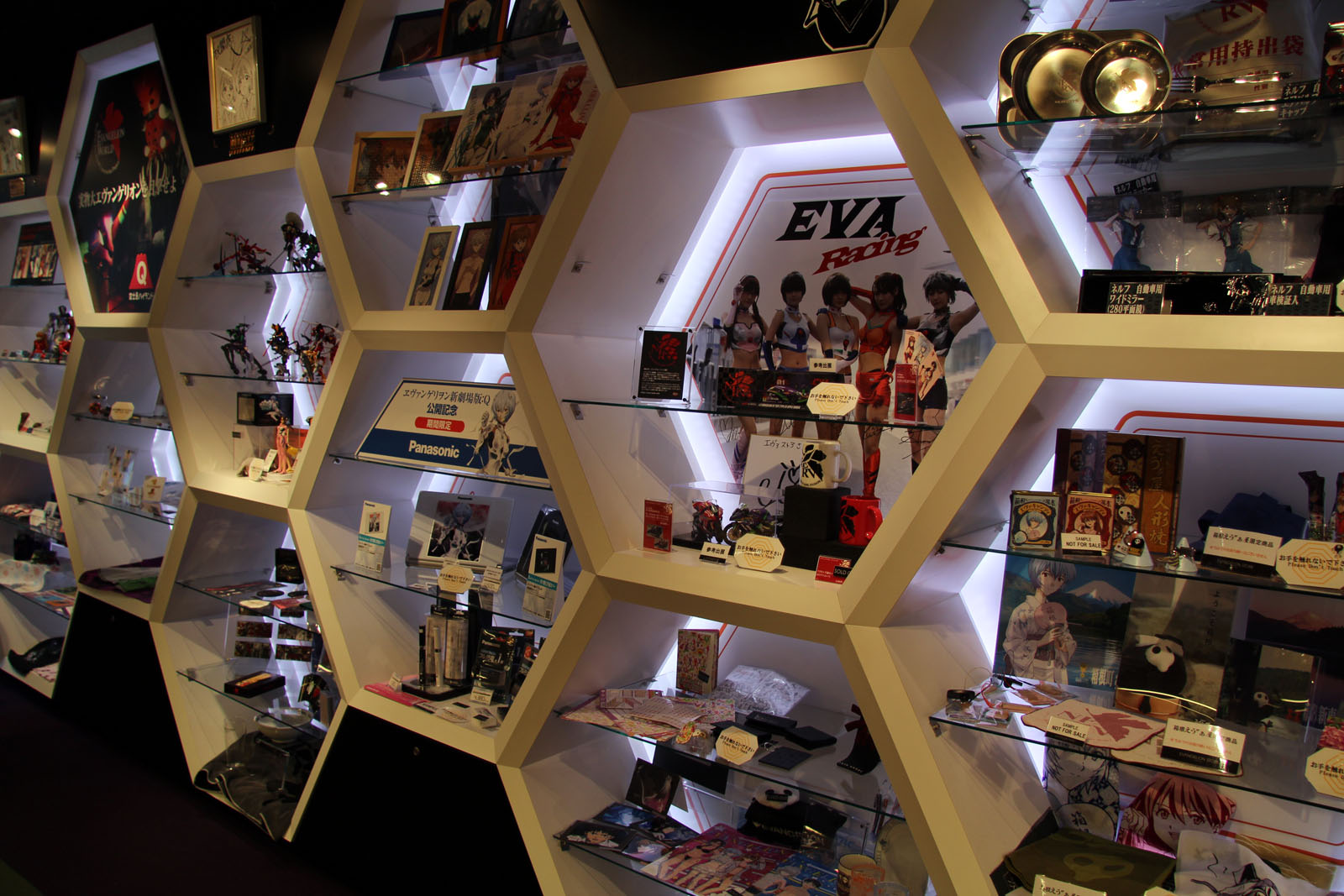 Oct 12, 2014 Update:
The Evangelion Store has reopened in Ikebukuro.  Click here for my new post with directions to it.

It looks like there is also going to be Evangelion x Hello Kitty Collaborative Goods produced.  Hopefully, they'll be on sale here.  Hello Kitty will be cosplaying as Rei & Asuka for a wide range of merchandise to be ready for the fall 2012 release of the Evangelion: 3.0 anime movie. 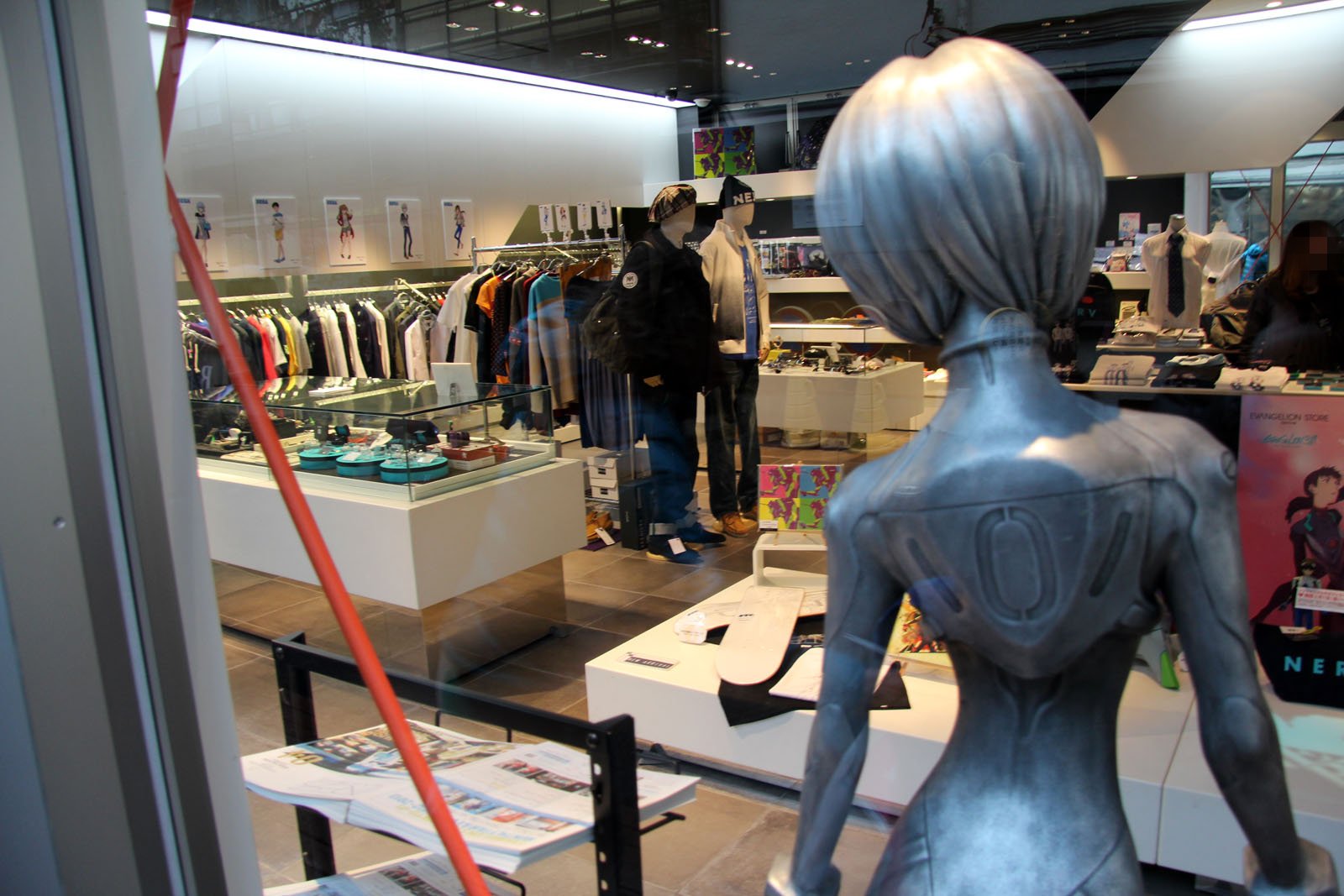 Crunchyroll had some amazing photos from the grand opening in 2011 and shots of the merchandise in the store. http://www.crunchyroll.com/anime-news/2011/11/21/evangelion-store-tokyo-01-opening-photos


I figured out exactly where the store is and have pinpointed it on the map below based on the map from the official website and some new photos I found (I love Google Streeview).